Back in late 2013, Erica was working her first full-time beer industry job at Black Oak Brewery. She realized that although the industry was very male dominated, there were women working at craft breweries peppered around the province.

The idea was to bring women working in the industry and other beer-loving ladies, together by creating a sort of secret society to meet, chat, trade beers, connect and make new friends.

Erica approached Renee Navarro, Jaime Dobbs, Jen Reinhardt, and Magenta Suzanne all of whom she knew from different parts of her life. The ladies sat down over a few beers and Society of Beer Drinking Ladies was born.

Tickets were put on sale in January 2014 for ‘Bevy 0001’. Predicting a group of maybe 15 guests, they were pleasantly surprised to find that ninety tickets had sold within a matter of days! They quickly realized the demand for such a group. And so, SOBDL was never a small private gathering in a living room; as alcohol permits, a venue, insurance certificates and most importantly beer, were in order.

After the success of Bevy 0001, monthly ‘bevies’ were held the last Friday of every month; the location changing each month and remaining a secret until 48 hours before. The energy at the SOBDL was contagious and it kept blossoming into a safe and welcoming space for a diverse cross-section of women-identified folk, to experience rockin’ tunes, great conversation, awesome brews, tasty ciders, delicious food and a charitable component to the Canadian Women’s Foundation .

The bevies now average 400 ladies and are hosted regularly in Toronto, Ottawa and Hamilton. in 2016, after 24 bevies, Lady Beer Fest was born! It became, and continues to be, Canada’s first and largest beer festival for women. Similar to a bevy, but much larger in scale, it happens bi-annually in Toronto and attracts over 1000 women.

Flash forward to present-day and the SOBDL is now owned & operated by Erica Campbell and Jaime Dobbs with the help of their awesome coordinators. After five years, the SOBDL has thrown over 50 events (Bevies, Lady Beer Fests, tap takeovers, beer dinners, etc.,) and raised over $45,000 for the Canadian Women’s Foundation .

In addition to events, the SOBDL now collaborates with breweries across Ontario to create monthly brews and hosts quarterly intimate beer dinners at top restaurants in Toronto. They have a Good Tap draught initiative at C’est What and Spin Toronto & The Antler Room, featuring a rotating selection of women-brewed beers with $1 from every pint donated to the Canadian Women’s Foundation.


The SOBDL continues to create dynamic and diverse spaces to showcase and host women-identified folk. We’re committed to fostering a place where racism, homophobia & discrimination are not tolerated and our differences are celebrated. At Society of Beer Drinking Ladies when we say woman, we mean anyone who identifies as a woman, non-binary, gender-fluid or non-conforming, or any person that would like to be included in this definition.

Stay tuned for what’s to come! 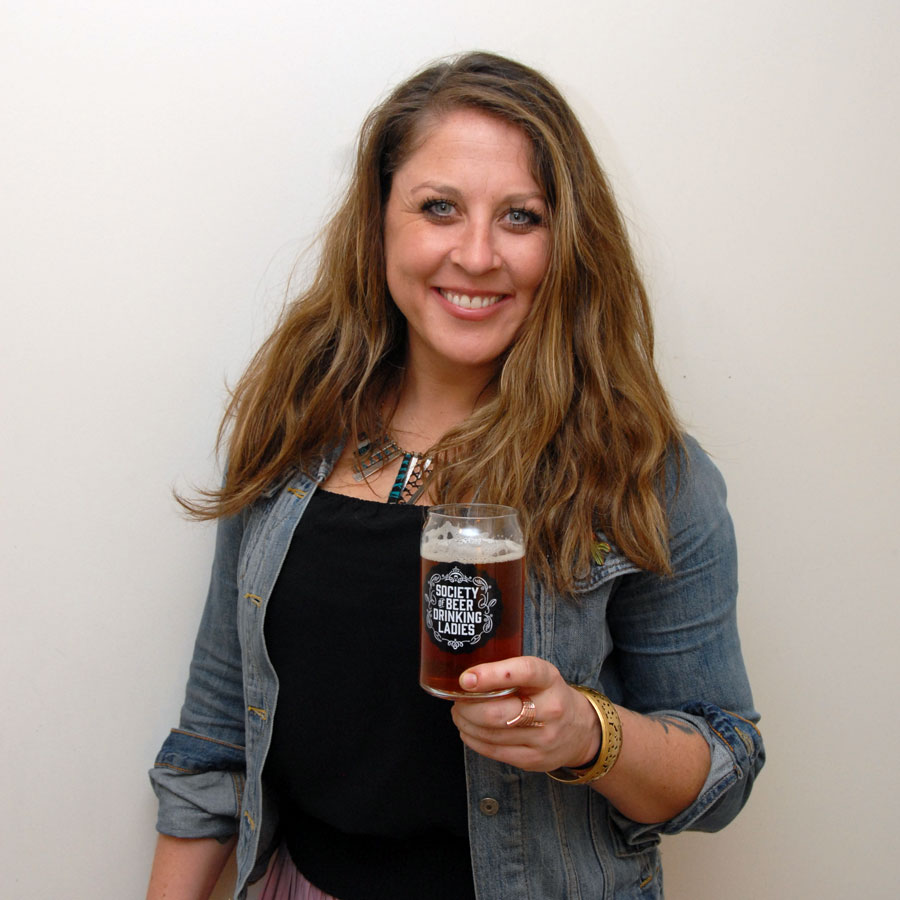 Back in 2013, Erica had the brilliant idea (in the shower of course) to create a secret society of beer loving ladies in Toronto. Having just joined the beer world she chatted up some like minded women and the rest, as they say, is history! 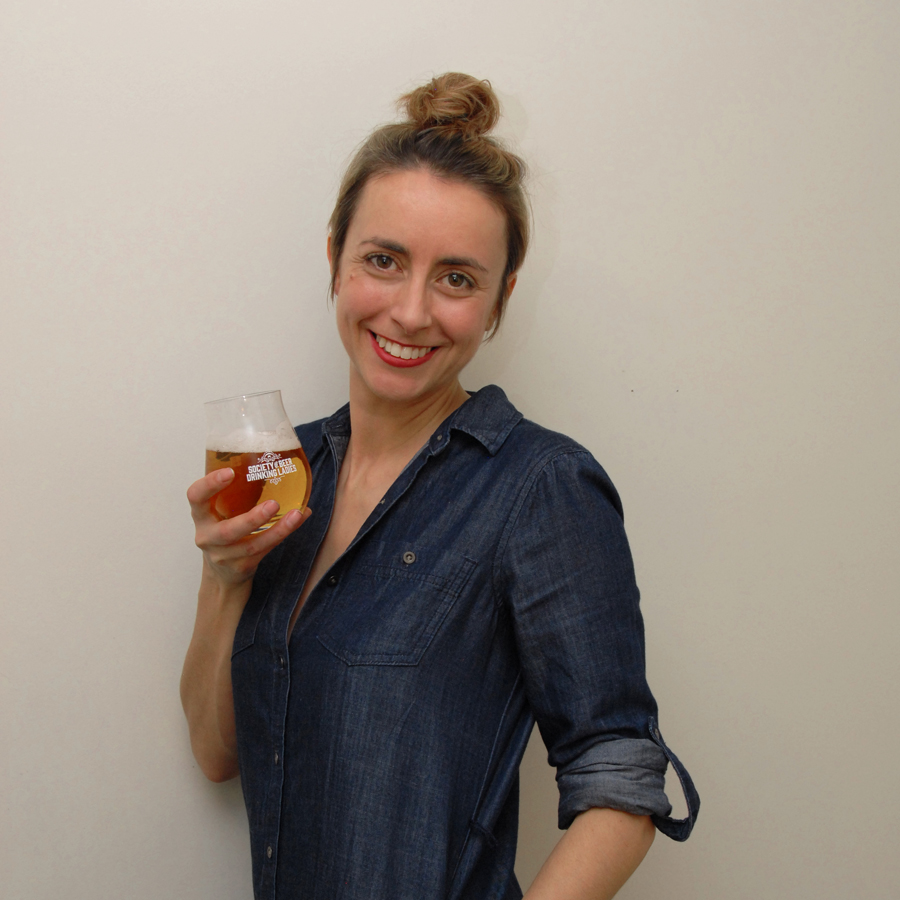 Jaime’s background in graphic design, party planning and beer infused cupcake creation has prepared her for favourite job yet - running the SOBDL! After joining the craft beer industry working in events and sales, she teamed up with Erica to launch the very first Bevy in 2014. 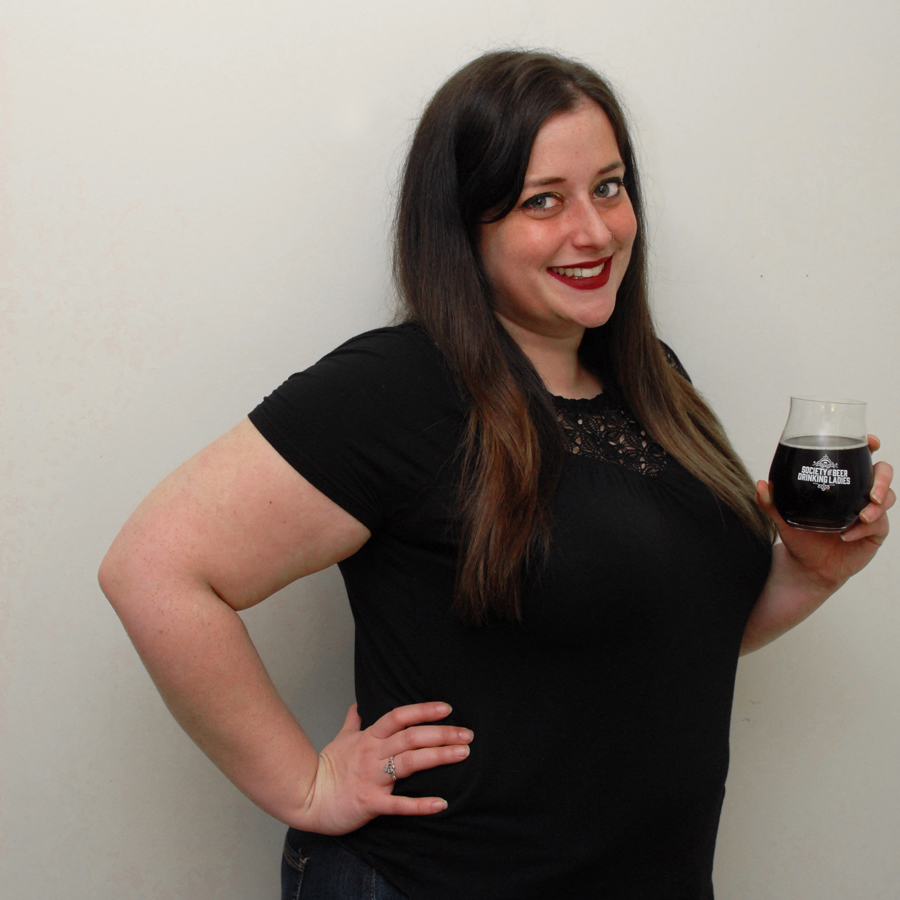 Shannon illustrated her commitment to SOBDL early on by trekking in from Mississauga to volunteer! Soon, she found her passion in the Swag Shop and in 2017 came on board to manage it, overseeing orders, pop-ups and the bevy booth. 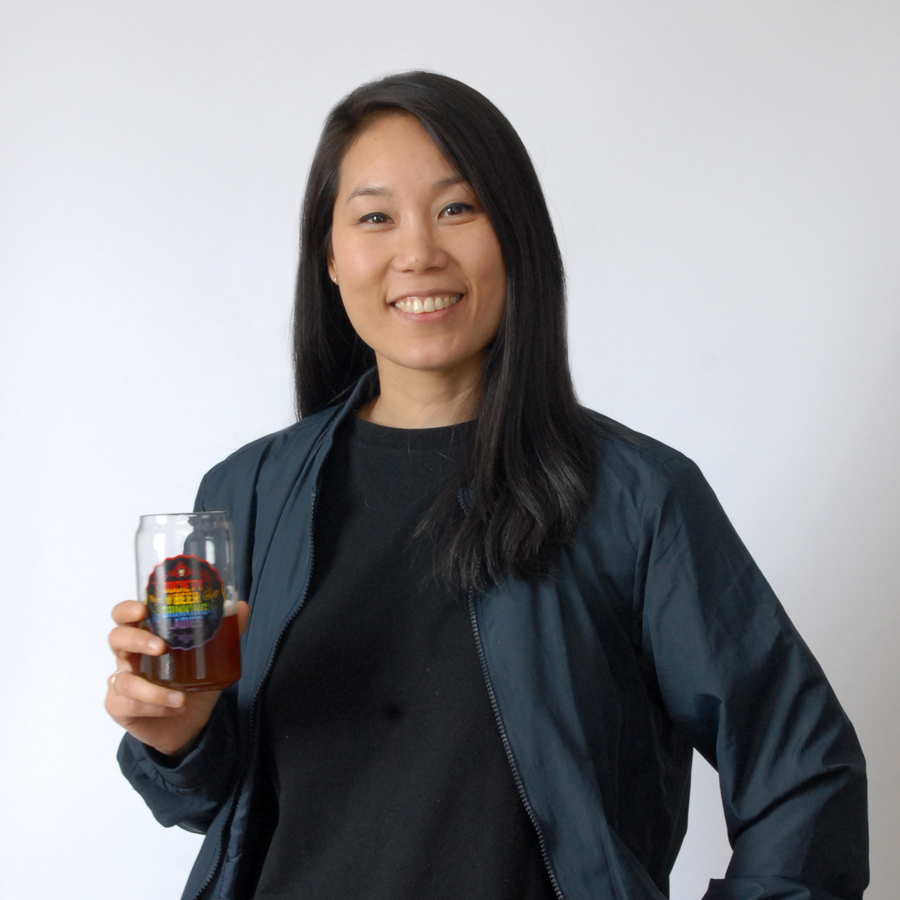 Nancy Kim is a Toronto based lifestyle and fashion photographer who goes by the moniker NSBKIM (an acronym of her full name including her Korean name). With a keen eye for capturing just the right moment, she strives to bring out the best possible energy in her subjects. 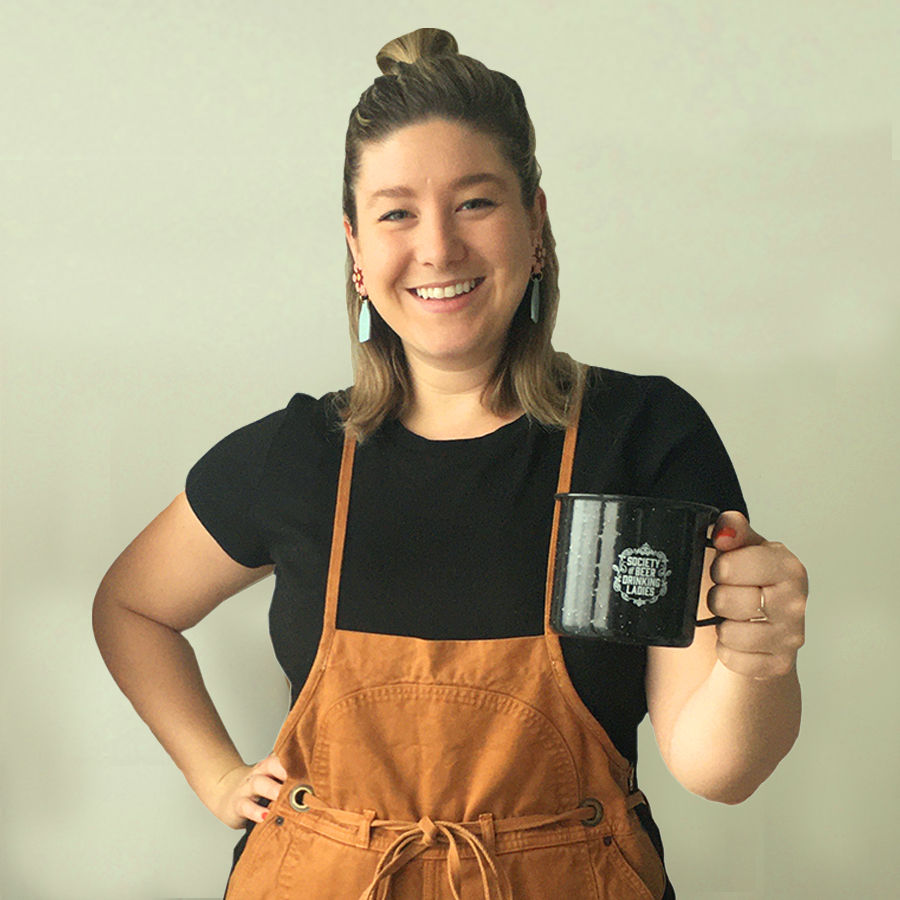 Amber is a craft beer writer and marketer who curates a list of people, places and things that are inspiring her and the SOBDL. Recipes, new breweries to check out, podcasts we’re loving, must-try beers, stories of women generally doing awesome things. 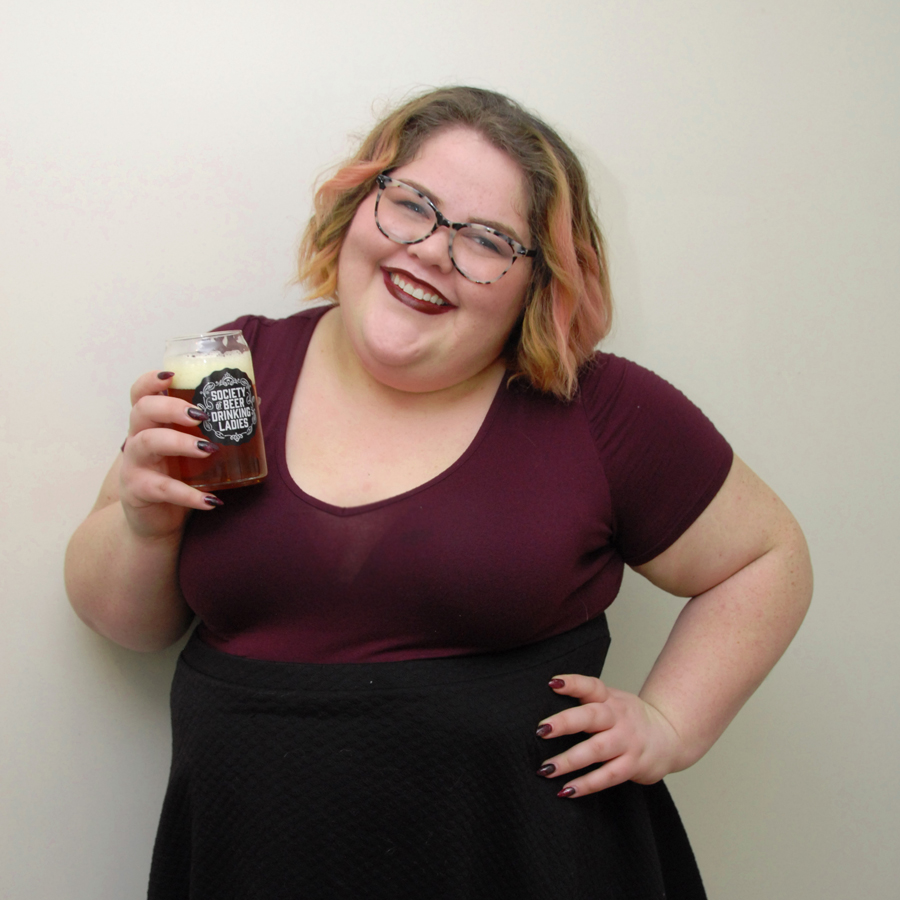 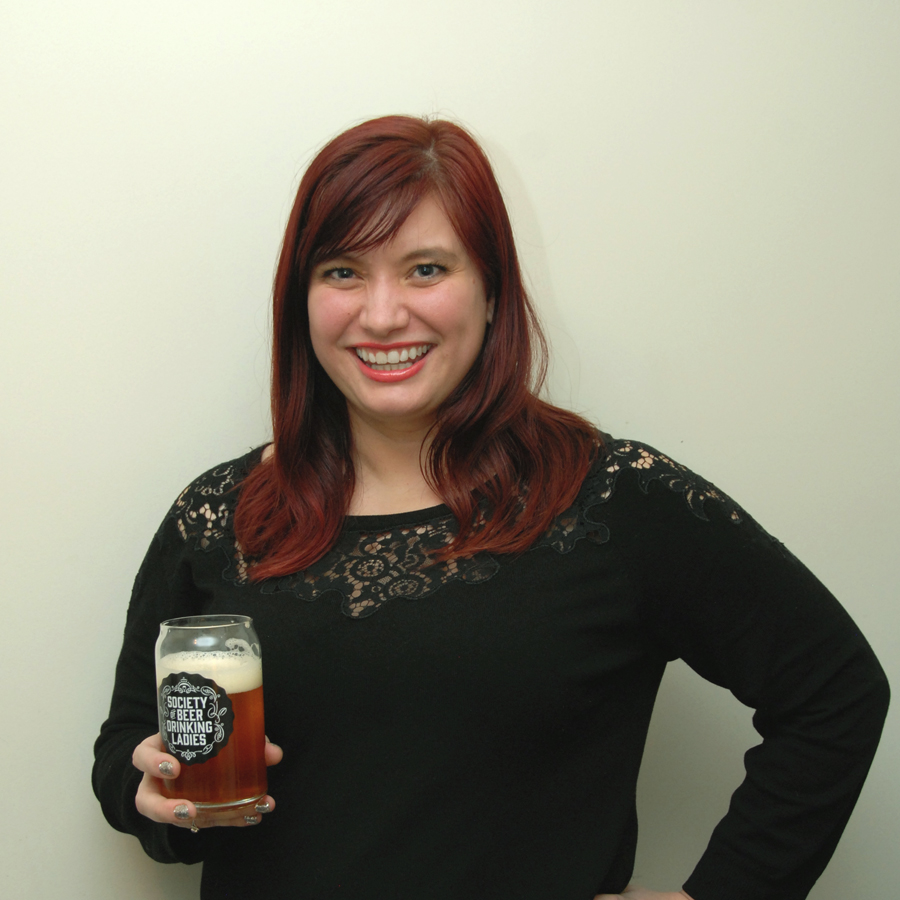 Jessica was an enthusiastic attendee of SOBDL's events before joining the team in 2017 as Social Media Coordinator. Armed with a strong pun game and an arsenal of emojis, Jess and her social partner-in-crime Michelle are poised to help SOBDL take over the interwebs - and then the world! 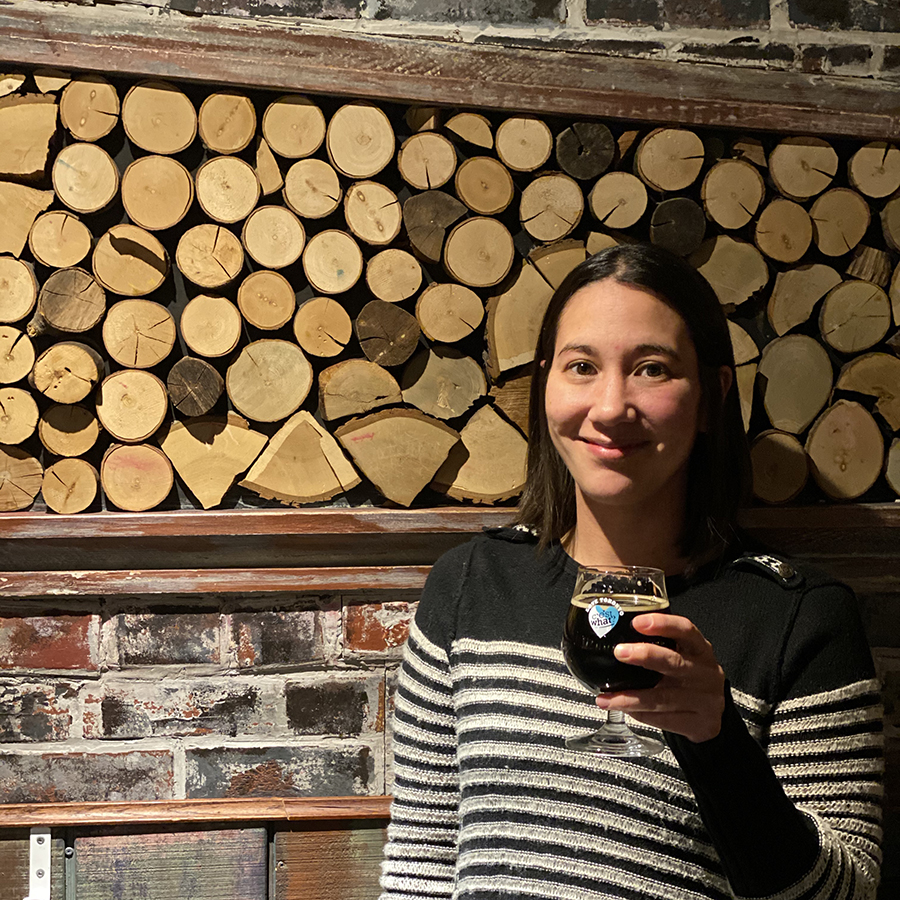 Leah is a Toronto-based freelance copywriter who has spent six years developing content for thriving boutique marketing firms. As an avid beer enthusiast and bar manager at C’est What, she joins the Society of Beer Drinking Ladies to combine her passion for writing and love of geeky beer facts as a contributor to Society Broadviews. 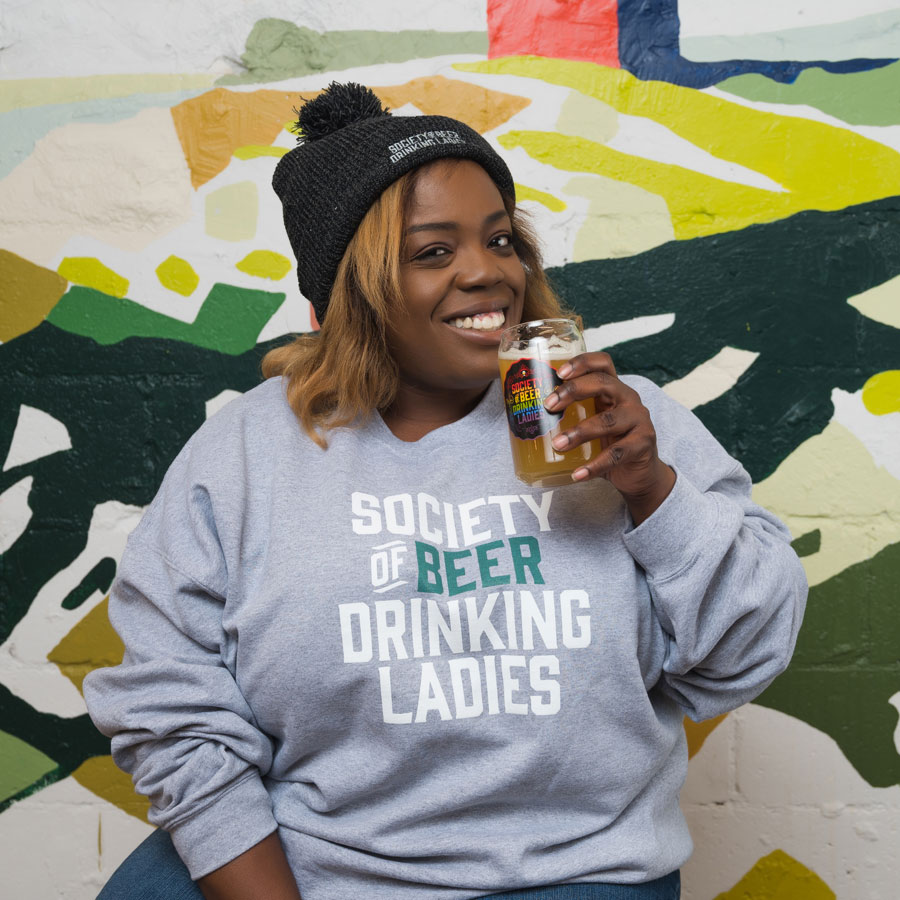 Since joining the SOBDL team, Drea has assisted with creating the framework for our Inclusivity Committee. Drea works in health care and as Program Lead for "The Dandelion Initiative" and sits on the board of directors at "Rise up!" - a digital archive of feminist activism in Canada from the '70s to '90s. 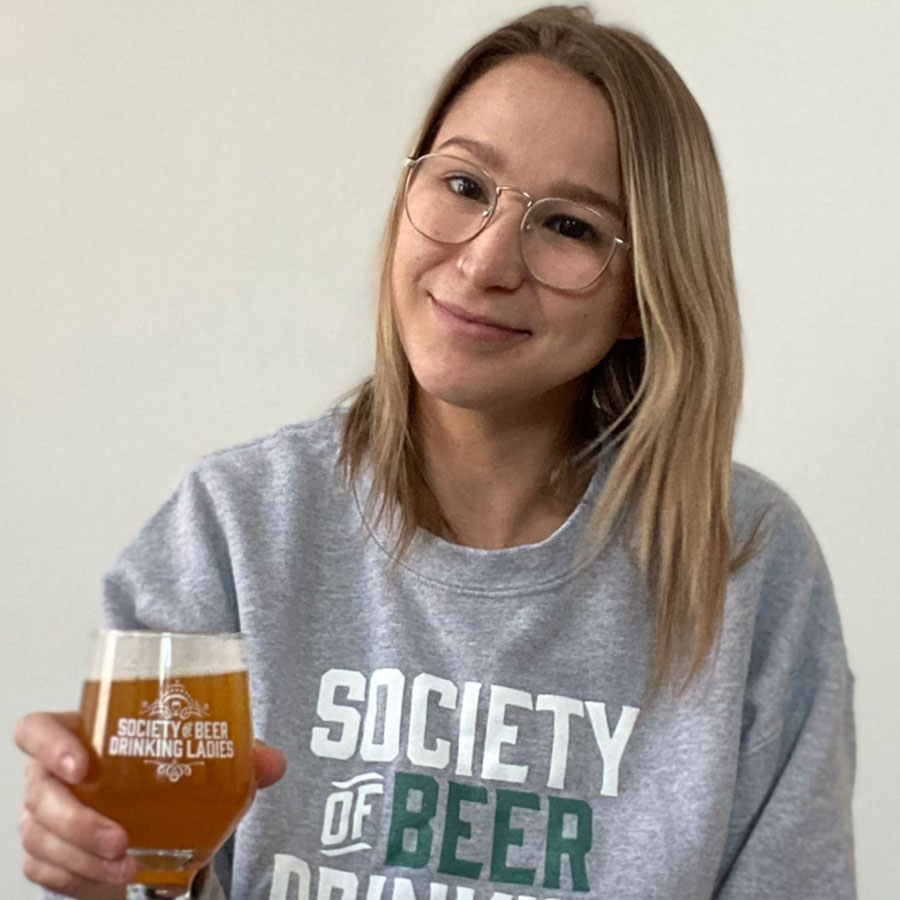 Shelby began as an SOBDL volunbeer a couple years ago as she was looking to be a part of a female community. She is a self-proclaimed crazy beer enthusiast and the girl behind the beer-focused Instagram account @herhoppylife. She is now working full-time at Blood Brothers brewing in Toronto and works with the SOBDL team at pop-up swag shops and prepping the Beer Squad Mystery Boxes.